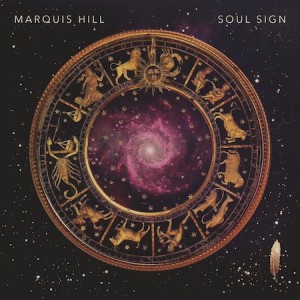 Marquis Hill understands what we call “vibes.” That feeling of being in tune with unseen forces, one with the rhythm of our moment. During the past few years, his beat tapes—released through his own Black Unlimited Music Group imprint—have been able to capture that sensation. Moving through hip-hop and neo-soul, his latest effort, Soul Sign, is a continuation of these sounds, relying heavily on lyrical contributions from a few guests. And it works.

Joining the trumpeter are two Bronx astrologers, Mecca Woods and Boro the Lucky Libra. They offer both poetic and prosaic knowledge to support and enliven the meaning of every sign of the Zodiac, which gives each track here its title. Those wisdom-filled lyrics often take the form instructions, as on “Aquarius | I Change | Uranus & Saturn,” when Mecca Woods reminds listeners that, “Aquarius, as independent as you are, there are times where you’d much rather be a part of a community than be alone, to the point of shrinking yourself to belong. But never give up who you are, Aquarius. What makes you lovable are the very things that set you apart from the crowd.”

Though the spoken-word pieces are central to Soul Sign, the album never feels too preachy or heavy-handed. Most importantly, the music remains inviting. Hill offers both trap beats and ballads, a kind of dissonance that perfectly captures the various aspects of the Zodiac. The crisp production from ChallyMikes, MitchyTime and Gengis Don breathes across the album, and Hill’s horn lights our souls afire.