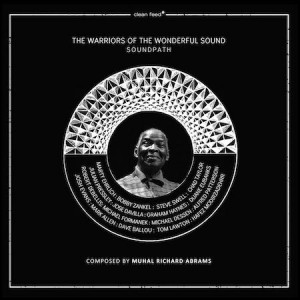 The Warriors Of The Wonderful Sound

For nearly two decades, veteran Philadelphia saxophonist Bobby Zankel has helmed The Warriors Of The Wonderful Sound, and while the big band originally focused on his own large-scale compositions, it increasingly has brought in outside composers. The group has performed a concert of Julius Hemphill big-band pieces and commissioned new work by the likes of Rudresh Mahanthappa and Steve Coleman. And in 2011, Zankel enlisted pianist and AACM cofounder Muhal Richard Abrams. Soundpath, originally a 90-minute piece, premiered in 2012 with Abrams serving as conductor. According to Zankel’s

liner-notes essay, Muhal “gave generous improvisational space to all of the assembled musicians,” though this studio rendering of the uninterrupted piece is just over 40 minutes.

The recording was made in Philadelphia following a live performance at the October Revolution festival in October 2018, about a year after Abrams died at the age of 87. Zankel called on a frequent Abrams collaborator, saxophonist Marty Ehrlich, to conduct the ensemble, who complemented a core of Philadelphia players and ringers from New York. The result is redolent of the kind of harmonic density and contrapuntal writing that distinguished the composer’s music. The improvisations flow organically, erupting from the shape-shifting landscape with meticulously plotted grace, reinforcing Abrams’ gift for both writing complex ensemble-oriented music and respecting the individual voice of the cast.