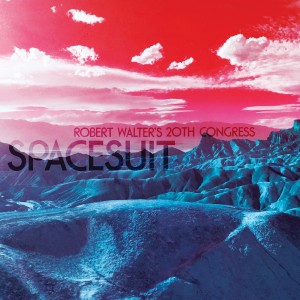 Beginning in the ’90s, when keyboardist Robert Walter started performing with the Greyboy All-Stars, the point of it all seemed to be recreating rare-groove moments and paying tribute to folks like Fred Wesley, who appeared on the troupe’s West Coast Boogaloo.

Through his time performing with Karl Denson’s Tiny Universe and extending his palette with a score of 20th Congress albums, Walter consistently has been devoted to working with performers who know how to find the pocket, and stay there, granting almost endless space to explore. But on Spacesuit, the bandleader looks to tour the cosmos. Tracks like “Posthuman” still might be slotted into the funky jazz canon, but weirdo production trickery and echoey dub moments broadcast Walter’s developing intentions. There’s a trenchant pulse on “Emanate,” but it’d be difficult to call the tune a jazz outing. Instead, the bandleader and drummer Simon Lott evoke weightlessness, with synthesizer coming to bear in sinister ways. The following cut, “Modifier,” turns to a kosmische sensibility, before segueing into an almost Southern rock conceit on “Chalk Giant.”

A surface reading of Spacesuit might lead listeners to figure Walter just digs NASA, but it’s just as likely that the bandleader simply sought a throughline that would enable him to indulge in his endlessly vast musical interests: jazz, funk, krautrock and maybe even a bit of library music thrown in for good measure.