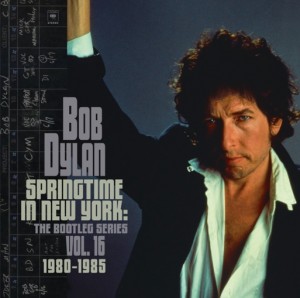 On March 22, 1984, Bob Dylan appeared on NBC’s Late Night With David Letterman to promote his album Infidels, released the previous year. Letterman’s show was only a couple years into its run, and the famously difficult-to-impress talk show host was so pleased with the appearance, where Dylan turned in a spirited take on the song “Jokerman,” that in shaking hands afterward Letterman asked, “Is there any chance you guys could be here every Thursday night?” Acting out of character, Dylan exclaimed, “Yeah!”

Not surprisingly, given that was the only promotional work Dylan did for that album, this didn’t happen. Some 31 years later, Letterman’s second-to-last show featured Dylan and acknowledged the 1984 appearance before his introduction.

Among a certain type of Dylan-ologist, that appearance is the stuff of legend. The reason isn’t just that Dylan was in fine form. It’s also because he was backed by the Plugz, a Latino punk band from Los Angeles best known for contributing three songs to the Repo Man soundtrack.

In recent years, on YouTube, not only is the televised performance from the show available, but also his entire rehearsal for it. Apparently, Dylan was really working with this band. This begged the question: Was there an entire Dylan punk album out there lurking the vaults? With every new version of The Bootleg Series that has come out in recent years, fans grumble to each other, “I wish it was just Infidels outtakes,” hoping to hear Dylan go punk.

Well, a version of that is now here — Springtime In New York: The Bootleg Series Vol. 16 1980–1985 — and just like anything with the often inscrutable singer-songwriter, it both exceeds and subverts expectations.

First of all, just to get it out of the way, there’s no Dylan punk album here. We only get one song with the Plugz, “License To Kill” from the Letterman taping.

Second of all, what we do get unfolds strangely. This box starts with a full disc of Dylan rehearsing. It’s interesting to hear him mixing cuts from his late-’70s albums like “Señor (Tales Of Yankee Power)” with playful covers like “Mystery Train” and “Sweet Caroline” and true rarities like “We Just Disagree” and “Let’s Keep It Between Us.” The disc has a Basement Tapes meets Rolling Thunder Revue feel to it. But this is a disc of taped rehearsals. It’s not for audiophiles.

Things pick up from there, as disc two deals up an entire set of Shot Of Love outtakes. That album was considered Dylan’s last of a trilogy of Christian albums. A previous volume of The Bootleg Series, Trouble No More: The Bootleg Series Vol. 13 /1979–1981, convincingly made the case, over eight discs and one DVD, that Dylan’s much-maligned Christian period was actually great. Interestingly, though, he’s working on secular material here. He’s covering the Everly Brothers, the Temptations and Hank Williams, and putting together reggae songs on the fly, like the fascinating groove of “Is It Worth It?”

Discs three and four are all Infidels outtakes, exactly what some fans have wanted. This definitely isn’t punk, not with Mark Knopfler involved — though he’s always welcome. Some of this is not exactly new. For example, “Blind Willie McTell” has been a part of The Bootleg Series canon since 1991 — so long that it feels less like an outtake than a hit single.

At this point, we’re firmly in the years when Dylan had an unfortunate tendency to hold back the best song he’d written for his albums, wanting to really nail it later, which he’d rarely, if ever, do. This meant these box sets, decades later, would be great, but his albums at the time weren’t. Springtime In New York doesn’t fall back on that, though, getting creative in giving us alternate and sometimes multiple takes of album tracks that shed light on what could have been. Of particular interest is a subtly better take on “Neighborhood Bully,” a defense of Israeli security policy that made critics nervous at the time. Another clear highlight here is “Death Is Not The End,” a song Dylan released five years later on the terse 1988 album Down In The Groove. This version is rawer and longer by two minutes, and Dylan is backed by the r&b group Full Force. This was definitely the ’80s!

The decade’s sway over these recordings is further felt on the last disc, as Dylan is backed by Tom Petty’s Heartbreakers (Mike Campbell and Howie Epstein) on “Seeing The Real You At Last” (Dylan and Petty would soon fully occupy the same orbit in the Traveling Wilburys). By now, we’ve moved into outtakes from Empire Burlesque, an album that sees Dylan pulling in musicians as far afield of each other as legendary reggae bassist Robbie Shakespeare and Rolling Stones guitarists Mick Taylor and Ron Wood, as well as members of Letterman’s house band. But the whole box wraps with “Dark Eyes,” a terrific, acoustic number — complete with Dylan’s tell-tale harmonica — Dylan wrote in one night at his producer’s suggestion to get away from the album’s slick production for at least a song.

Every volume of The Bootleg Series takes a portion of his career and proves there was much more going on there than was released at the time. This does that, wonderfully. It just doesn’t have Dylan going punk, at least not much of it. It seems that only happens when a young David Letterman is sitting at his desk.