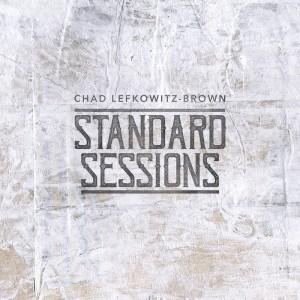 At 29, tenor saxophonist Chad Lefkowitz-Brown seems a bit young to be nostalgic for the jazz jams of his youth. Nonetheless, his third album, Standard Sessions, stems from his desire to recreate the impromptu blowing sessions he enjoyed when he was fresh out of music school, living in Harlem and trying to break into the Manhattan jazz scene. To recreate that, he put together several rhythm sections and recorded a series of “standard sessions,” first for YouTube (where he already hosted a series of instructional videos), and then as this download-only album.

Not having been there, I can’t attest to how well Standard Sessions recaptures Lefkowitz-Brown’s past. But as an exercise in exploring the Great American Songbook, it’s definitely a mixed bag. The songs here include well-worn show tunes and lesser-known jazz chestnuts (Hank Mobley’s “This I Dig of You,” Ornette Coleman’s “When Will The Blues Leave?”), which the musicians approach with an easy authority. Lefkowitz-Brown’s solos, in particular, are masterfully structured, alternating elongated, bluesy phrases with breathless bursts of boppish sixteenth notes, and it was nice to hear him laying back in the pocket on “Scrapple From the Apple” and “Almost Like Being In Love.”

But for all the polish and poise these performances reveal, they don’t deliver much in the way of wit or insight. The playing is supremely competent, but rarely transcendent, and what flash the rhythm sections show comes mainly in passing, as with Michael Piolet’s bass drum flourish at the end of his solo on “When Will The Blues Leave?” In that sense, Standard Sessions is not unlike a well-assembled album of vacation photos; however admirable the effort involved, in the end you probably had to have been there.