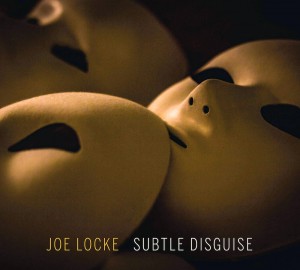 On his latest release, veteran vibraphonist Joe Locke opts mostly for his own compositions, with the exception of Bob Dylan’s “Who Killed Davey Moore?” and Blind Willie Johnson’s “Motherless Children,” both of which feature ace singer-songwriter and guitarist Raul Midón in fine form.

Subtle Disguise is, for the most part, a satisfying collection of tightly arranged post-bop numbers, with elements of rock, funk and swing. Stylistically, it’s similar to Locke’s previous two records, Lay Down My Heart (Blues & Ballads, Vol. 1) and Love Is A Pendulum. Here, Locke’s accompanied by a core group of bassist Lorin Cohen, drummer Samvel Sarkisyan and keyboardist Jim Ridl, whose crisp tone at the piano is an excellent complement to the bandleader’s echoey malleting. Throughout, Locke, 59, takes ample solos, many fast and complex. But he’s best heard on the album’s two ballads, “Safe And Sound (At the Edge Of The Milky Way)” and “Make Me Feel Like It’s Raining,” a tribute to vibraphonist Bobby Hutcherson. At these slower tempi, the full dimension of Locke’s chords have the room to blossom.