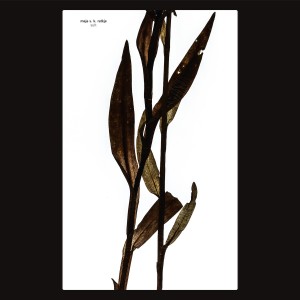 There’s something solemn and wondrous about the writing of Norwegian novelist Knut Hamsum (1859–1952). He didn’t necessarily laud the creative class and weirdoes in works like Mysteries (Mysterier) and Hunger (Sult), but each offered a unique, sometimes troubling vision of life.

Thing is, he was a fan of Adolf Hitler. So, the dour, entrancing performances on Norwegian keyboardist/composer Maja S. K. Ratkje’s Sult, an adaptation of the music she wrote for a ballet based on the Hamsun novel, is starting from a fraught premise. It’s still haunting—in part because of its origins.

The novel follows its protagonist, a writer, through a difficult time as he roams the streets, keenly attuned to his dismal station in life. The book’s title is literal here. Ratkje—who’s recorded with jazzworld figures, as well as experimentalist Ikue Mori—uses the discordant feel of aimlessness and surreptitious creativity to inform the pump organ she plays across nine tracks, occasionally intoning some wordless, emotive sentiments. There’s a bit of good whistling, too.

While Sult, the novel, has been canonized, described as the opening salvo of 20th-century literature and ranks as an early work by a pretty significant novelist, there likely was another piece of writing to draw from, something not tainted by barbarity. But maybe it’s the haunting and eerie pastiche of history, sound and stage that makes Ratkje’s recording worthy of note.