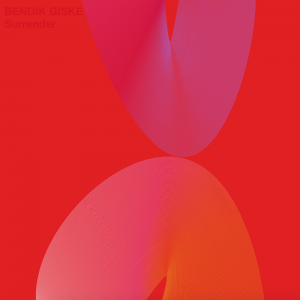 To a great degree, Oslo-based saxophonist Bendik Giske’s debut, Surrender, is one of those experiments that’s more interesting than it is enjoyable. It’s a saxophone recording produced with tiny microphones placed all over the instrument, so that its sound fills and often overloads the record’s sonic plane. The only accompaniment is Giske’s voice, similarly recorded through microphones placed all over his body (and low in the mix, so that it forms a faint, ghostly drone).

In fact, “drone” is a word that describes much of the music. The close detail of the miking means that on tracks such as “Stall” and “Hole,” Giske’s circular-breathed notes begin to separate into their harmonic overtones. If the sound is ambient, it is so in both the musical sense and in the sense of listening to one’s buzzing appliances as the air conditioner runs.

Somewhat more interesting are the tracks that use ostinato, instead of drone. “Adjust” and “Through” comprise speedy, triplet-based runs, whose looped momentum suggest a Philip Glass composition; Gendik’s fingerings become percussion tracks. There’s a definite meditative quality, particularly on “Up,” where Giske’s voice surfaces in the reverb like a distant chant. By the fourth iteration (“High”), though, it’s simply become more of the same.

It is fascinating to hear the interaction of breath, fingers, instrument and voice at such minute levels as Surrender offers, and it has its own kind of surreal beauty. But the album also gets quite dull; its 33-minute duration is a relief. Yet at the same time, something about it remains remarkably compelling: You will listen, put it aside thinking it’s a pretty trifle, and somehow be beckoned by it again.