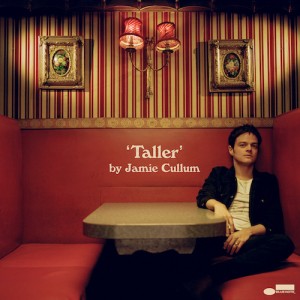 It’s been 20 years since English jazz sensation Jamie Cullum released his debut, Heard It All Before, establishing himself as a wunderkind interpreter of the Great American Songbook and sounding something like a hybrid of Billy Joel, Diana Krall and Michael Bublé. At this point in his career, the 39-year-old singer and pianist has almost entirely abandoned the somewhat fusty feeling that defined his earlier releases. In many ways, Taller draws on an aesthetic lineage that runs parallel to jazz—the brassy neo-soul offered during the aughts by the late Amy Winehouse.

He doesn’t possess the pathos, humor or mystery with which Winehouse infused every song she performed, but Cullum does summon her spirit on originals like “Mankind,” “Usher” and the title track. On the tune, he projects a raffish and slightly earthy charm with his gravelly voice and witty lyrics: “I wish I was taller,” Cullum, who’s just 5 feet, 5 inches, longingly intones. The album filters through several other moods and styles, too—rockish, confessional, introspective, anthemic. But the best moments come when Cullum, mostly unaccompanied, save for some piano embellishments, backing strings and soft drums, slows things down. “You Can’t Hideaway From Love” and “Endings Are Beginnings”—both sweet, affecting ballads—possess the romantic quality of the standards he mastered in his youth. With a whispered voice, Cullum sounds as if he’s channeling Blossom Dearie. It’s an approach he easily could employ on an entire album because, though he’s about to turn 40, Cullum sounds as if he’s old enough to sing from experience. He’s is no longer a precocious jazz star, and that works in his favor.