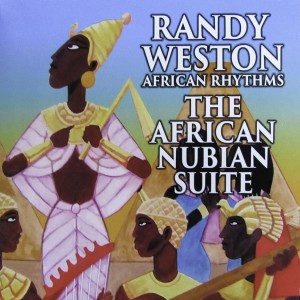 Scholarship has been implicit in Randy Weston’s music from the get-go. From rhythmic inspiration to melodic brainstorming, Africa and its diaspora has guided the 90-year-old pianist’s art since he placed “Zulu” on his third album as a leader in the mid-1950s. Now, after cutting more than 45 records, he gets explicit on a two-disc portrait of a 2012 presentation. Uniting academics, writers and musicians, this amalgam of voices is an expressive overview of the continent’s cultural impact on civilization.

With dollops of erudition interspersed with the music itself, the show’s layout is novel—a multi-narrator TED Talk with particulars being cited in real time. I used the word presentation rather than performance above. Though ensemble efforts open and close the disc, an extensive string of solos and duets drive it, and they’re positioned as examples of specific historical turning points referenced in the commentary of Weston’s guests, such as Dr. Wayne Chandler. Between resonant Ethiopian tones and seductive Moroccan gnawa melodies, Gambian folk and Min Xiao-Fen’s delicate pipa strings—the music on this disc is unusually fetching. By the time the late poet Jayne Cortez ignites the show with her fiery lines about women and their various forms of wisdom, Weston’s exultant history lesson has accomplished its goal of vivifying accomplishments galore.