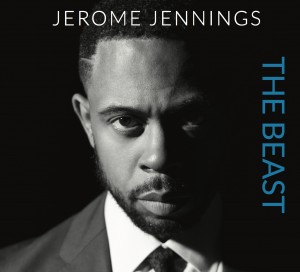 The Beast is a beauty. Whether digging up some worthy but forgotten tune from years past or performing originals, the musicians on this album—led by adventurous drummer Jerome Jennings—draw from the canon of Cannonball Adderley, Art Blakey and others who defined the art of small-ensemble jazz. Taste guides their execution of written passages as well as their solos, which also display unfailing inventiveness.

Maybe the greatest of the many plaudits The Beast deserves is that it’s not a drum-centered album. This is about more than spotlighting Jennings’ beautiful playing; the aim here is to create great music through unity. The gifts of each participant get full exposure, but what’s left once the last notes sound is the realization that they set a high goal for themselves—and made achieving it sound easy.

Each song feels effortless—another treat in this aural feast. Jennings teases us to smile when he borrows, of all things, the tune played by Mr. Softee trucks on hot summer days for “Ice Cream Dreams.” He replicates a conversation between a young girl and her father, a friend of Jennings’ now deceased, on “Cammy’s Smile.” He brings in Jazzmeia Horn for the vocal on “You Don’t Know What Love Is,” and while she hasn’t quite found a signature style yet, she does have astonishing ears as she slides into the horn section harmony. Much more can be said about this album, though not nearly as much as the music says on its own. Really, it’s all that good.