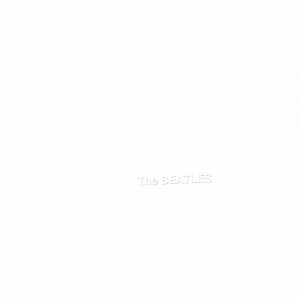 For its Nov. 16, 1967, issue, DownBeat put The Beatles on the cover—but the band wasn’t alone. A portrait of the Fab Four appeared in the upper portion of the cover, while a larger concert photo of saxophonist Cannonball Adderley appeared in the lower portion. John Gabree’s essay “The Beatles in Perspective” asserted that the ensemble responsible for Sgt. Pepper’s Lonely Hearts Club Band was overrated.

Released on May 26, 1967, Sgt. Pepper’s was an extravagant collaboration with studio wizard George Martin that involved intricate layers of overdubbed parts on multitrack tape. The Beatles’ eponymous 1968 album (commonly called The White Album because of Richard Hamilton’s stark album cover design) was an altogether different animal. The songs were more stripped down. In preparation for the studio sessions, the four musicians recorded demos—an unusual move for the band at the time. These demos provided a roadmap for the 30 tunes that would be recorded at Abbey Road and Trident studios and released on Nov. 22, 1968, as the double LP officially titled The Beatles.

To celebrate the album’s 50th anniversary, the surviving members of the band—Paul McCartney and Ringo Starr—worked with George Martin’s son, producer Giles Martin, to assemble multiple reissue editions, including the three-CD version that is reviewed here. The set’s first two discs offer a new stereo mix of the classic album. The third disc, titled the Esher Demos, is the juicy fruit that will have fans salivating. It contains 27 tracks that the band recorded at George Harrison’s bungalow in Esher, Surrey, after the quartet had returned from a sojourn to India, where many of these songs were composed. (Hardcore Beatles fans might be familiar with seven of the Esher Demos tracks because they appeared on the Anthology 3 compilation.) These acoustic demos vividly illustrate the band’s camaraderie and love of harmony. There was no drum set used, so percussion comes in the form of things like handclaps, shakers and tambourine. Because Harrison had a professional four-track recorder, the demos aren’t crude; some include double-tracked lead vocals and overdubbed instrumental parts.

Of the 27 demos, 19 are of songs that wound up on The White Album. Half a century later, fans get the “fly on the wall” experience of hearing the musicians jovially run through the tunes, some of which were still in development (such as “Honey Pie”). Even in demo form, “Blackbird” and “Mother Nature’s Son” were simply exquisite. The demo of “While My Guitar Gently Weeps” includes a couple of verses that didn’t make it into the eternal version on The White Album. Elsewhere on the Esher Demos, the famous line “the walrus was Paul” doesn’t appear in the lyrics to “Glass Onion.”

Some of the Esher Demos tunes later would be recorded in the studio for other albums. “Mean Mr. Mustard” and “Polythene Pam” appeared on Abbey Road. Other tunes surfaced on the Beatles’ solo albums. “Junk” re-emerged on McCartney’s first solo album, McCartney. Particularly noteworthy is the gorgeous demo “Child Of Nature,” a tune for which John Lennon would later write new lyrics and record as “Jealous Guy” for his 1971 album, Imagine.

The three-CD edition will satisfy the longtime fan who wants to hear a new, vibrant stereo mix and ponder the drafts of iconic tunes (including “Dear Prudence,” “Happiness Is A Warm Gun,” “Rocky Raccoon,” “Julia” and “Yer Blues”). But dedicated Beatles fanatics will want to check out the Super Deluxe edition (six CDs and a Blu-ray disc with 5.1 Surround Audio and other mixes). That edition contains 50 additional recordings from The White Album studio sessions, including a 13-minute version of “Helter Skelter,” plus a 168-page hardback book. Purists who aren’t interested in studio outtakes will be drawn to the 180-gram, four-LP vinyl box set, which includes the new mix and the 27 demos. There’s also a standard two-LP version with no bonus tracks.

When Anthology 3 was released in 1996, some wondered how long Beatlemania could be sustained. The public’s reactions to the reissues of Sgt. Pepper’s in 2017 and The White Album this month seem to indicate that there’s no end in sight.