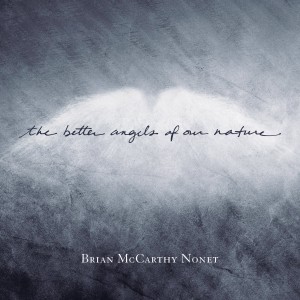 From one of the bloodiest, most divisive episodes in American history—The Civil War—saxophonist Brian McCarthy finds inspiration for a jazz album that makes a cavernous impression for its arresting beauty and conceptual brilliance. Harmony and accord pervade across the album’s nine illustrious tracks, many of which date back to the Civil War era. Others McCarthy wrote to reflect on the song and spirit of the War Between the States and its aftermath. “Jazz came from the African-American experience here in America,” he writes. “Out of the darkness of terrible slavery, Reconstruction and Jim Crow came this really beautiful art form.”

A self-professed history buff, as well as an accomplished musician, McCarthy imbues his original compositions with a scholar’s perspicacity and a melodist’s ear. The title track, a three-part suite, uses the cadence of substance of Abraham Lincoln’s inaugural address as a compositional framework, while “Shiloh,” a poignant ballad, evokes the loss and suffering of its namesake battle, in which Confederate troops ambushed Union soldiers in Tennessee. Joining McCarthy in his interpretive efforts are members of a fierce and agile nonet. With copious tensile strength, the unit adds muscle to a funkified version of “Bonnie Blue Flag,” carefree swing to “Battle Hymn Of The Old Republic” and emotional transparency to the spiritual “Oh Freedom.”