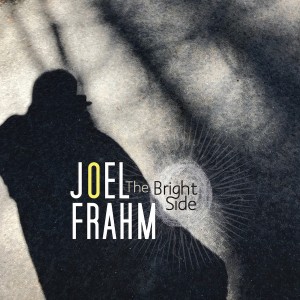 The masters of modern jazz — Sonny Rollins, Joe Henderson, Ornette Coleman — all made significant statements in pianoless trios. It’s a demanding discipline, if you think of chords and modal stepping stones as the foundation for your playing. Joel Frahm has previously recorded with some of the best: David Berkman, Brad Mehldau in duo format, and the peerless Kenny Barron. But here, he goes out on a wire, pulling off some wonderfully natural improvisation.

That he is thinking of the masters is evident in the opening “Blow Papa Joe” and the later, “Thinking Of Benny,” which perfectly captures the urbane ease of Golson’s writing and playing. Pianoless trios can sound shambolic, even with great players, as if everyone is bailing furiously to keep the boat from swamping. Here, though, the trio plays as a unit, with absolute confidence. The other two are much more than the other two. Loomis contributes “Silk Road,” ­an idea that could easily have drifted into “Isfahan”-and-water banalities, but manages an enigmatic line, underpinned by Cervini’s glorious groove, that would tempt a lesser player into shawm-y, snakecharming effects. Frahm’s soprano is tight and keeps its own counsel. Cervini turns in “The Beautiful Mystery,” which is the kind of music you can only make when you have lived a little, drunk and listened deep. To call it “mature” might risk making it sound boring; it’s very far from that, and if there were need of a lift at the end, Frahm’s title track is a gloriously affirmative way forward. He called a previous album We Used To Dance. These guys still do.