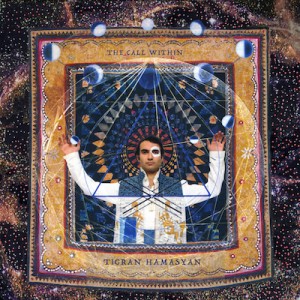 Much like the heavy metal that always has inspired Tigran Hamasyan’s unique approach to the piano, his latest album pulls no punches. Simultaneously inspired, frantic and deeply reflective, The Call Within stands as an unfolding synthesis of the 33-year-old’s lifetime of eclectic listening and studying. Hamasyan’s work incorporates a fluidity in improvisation honed through bebop, devout attention to the modes of Armenian liturgical music and an intense dedication to total creative exertion that aligns with his passion for rock and metal.

The album offers an impressive range of dynamic and emotional contrast, from the wistful soundscape of “At A Post-Historic Seashore” to the hard-hitting prog grooves of “Vortex.” These often manifest within the same track—the opening piece, “Levitation 21,” offering a master class in these balanced transitions. Hamasyan’s skillful manipulation of feedback allows for a capacity to rock out far beyond what most piano trios can muster, while also adding subtlety to some of the quieter moments on tracks like “The Dream Voyager,” an expansive and heartfelt exploration with a slower groove. Bassist Evan Marien and drummer Arthur Hnatek never falter, making the execution of Hamasyan’s complicated rhythmic flows sound effortless.

This is an album in the classic sense—a comprehensive artistic statement. Hamasyan claims to have been inspired by ancient cartography, and The Call Within does feel like a map of an inner journey that only he could lead. Hamasyan is a playful and even spritely guide, taking great pleasure in the flights of beauty and virtuosity at his fingertips.