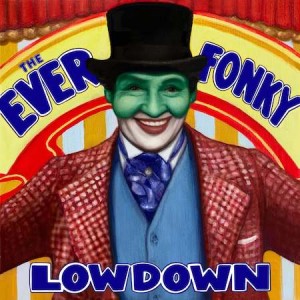 There were a number of projects begun last year to mark the 400 years of slavery and oppression suffered by Black people in the United States. Numerous books, documentaries and theatrical productions set out to capture the fundamental inhumanity of enslavement, the length and severity of the experience. In several ways, Wynton Marsalis’ The Ever Fonky Lowdown could be the soundtrack to any of these presentations, though it comes replete with its own fascinating, often satirical libretto.

From the opening fanfare and actor Wendell Pierce’s role as narrator, interlocutor and con man, the vocalists and Jazz At Lincoln Center Orchestra instrumentalists evoke a broad and tantalizing tableau of American history, mainly through the nation’s systemic racism, segregation, discrimination and white supremacy. It’s a veritable cavalcade of musical segments—the blues, big band swing, small ensemble pieces and a good sampling of gospel. If Lerone Bennett’s Before the Mayflower or John Hope Franklin’s From Slavery to Freedom: A History of African Americans was set to music, the accompanying sounds would resemble what Marsalis has achieved here.

To highlight any one of the 53 sections would be an injustice to the holistic, light-opera texture of the album, though the bluesy interludes and the occasional saxophone solos are exceptional and provide the olio with a straightahead, jazzy resonance.

Like the continuity of Pierce’s “Mr. Game” recitations, there is a lively interconnectedness of the music: Informed listeners might hear moments of Basie’s beat, a smear of Tadd Dameron and brief spurts of scat and vocalese. While most of the tracks veer to the deep past, they soar into the civil rights era, summoning the courageous commitment of Fannie Lou Hamer. And the pandemic is referenced on “Everybody Wear They Mask,” slyly alluding to Black linguistics, which also might be in play for the album’s title, where “fonky” stands in for “funky.”

Regardless of nomenclature, Marsalis and his crew again have tapped a vein of American culture through an innovative and impressive mélange of words and music.