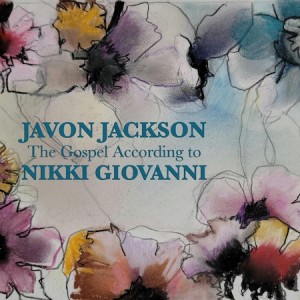 With “Wade In The Water” we hear what it could have been. Jackson’s quartet take a down-tempo, hard-bop approach, closer to Art Blakey’s “Moanin’” — appropriate, given Jackson’s status as one of the Jazz Messengers’ last cohort — than Ramsey Lewis’ pop-soul spin. Then, after Jeremy Manasia’s piano solo, Christina Greer declaims Giovanni’s poem “A Very Simple Wish.” In combining the works, the track offers a promising and provocative take on the concept of redemption, which, expanded to album length, would really have lived up to the title. On the other hand, would that have left room for Giovanni’s rendition of “Night Song,” a wistful ballad from the musical Golden Boy? Yes, Giovanni isn’t a singer, and there are notes here she barely reaches, but her feeling for the song more than compensates.

As for the rest, Jackson would rather honor the songs than expand upon them. On some — “Night Song,” “I’ve Been ’Buked,” “I Want To Be A Christian” — he merely states the melody, and apart from a calypso treatment of “Swing Low, Sweet Chariot,” the treatments are respectfully rote. If honesty and audacity are what you associate with Giovanni’s work, this album will meet you only halfway.