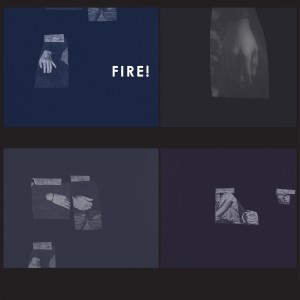 Prolific Swedish saxophonist Mats Gustafsson and his trio Fire! return to noise-rock territory on The Hands, stepping back a bit from the more obviously jazz-related She Sleeps, She Sleeps from 2016.

The bandleader keeps it simple here, eschewing the guest cameos that added different textures to previous Fire! recordings, and instead relies on the grounded support of drummer Andreas Werliin and bassist Johan Berthling. The Hands roils in rhythmic determinism, enabling Gustafsson to craft dark lines on tenor, baritone and bass saxophones. A few brief reprieves from the band’s gloom crop up—“Touches Me With The Tips Of Wonder” finds the troupe sounding like nighttime at some deserted wharf, all foghorns and foreboding. That sonic scaffolding is repurposed on a few tracks, including “To Shave The Leaves. In Red. In Black.,” as Gustafsson, who also contributes scrambled electronics to the proceedings, works to cement a specificity of mood here. He succeeds.

Perhaps too pessimistic and seriously indebted to the most squalid veins of noise-rock for some jazz aficionados, Fire! claims the musical niche it’s been staking out for about a decade, even as the closing “I Guard Her To Rest. Declaring Silence.” might rank as a tortured ballad for the ensemble.