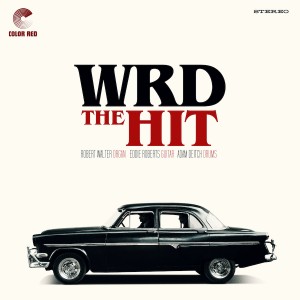 Robert Walter, Eddie Roberts and Adam Deitch, who joined forces after crossing paths at the New Orleans Jazz & Heritage Festival, have the capacity to let their playing on their debut album define jazz-funk. Organist Walter has long been part of the Greyboy Allstars, and he leads the 20th Congress band. For more than two decades, guitarist Roberts has played with The New Mastersounds. Deitch, on drums, has long been identified with Lettuce.

Two days of effort in Roberts’s Denver studio shows the gears of WRD funk are well-greased, with the musicians at an impressive plateau of empathy despite their short time working together. The atmosphere of the session, which produced 10 better-than-decent originals and an adrenalized cover of Sam & the Sound Machine’s “Meditation,” is fun. WRD and two guests clearly relish coloring inside and outside the lines of Memphis soul, of Crescent City r&b and of organ-trio jazz orthodoxy.

Walter’s technique matches his creativity, but some may think he lacks an optimal “organ vibe,” not laying it down strong as a descendent of Jimmy McGriff. Be that as it may, “Meditation” is where he drives most vividly through stock-in-trade drama.