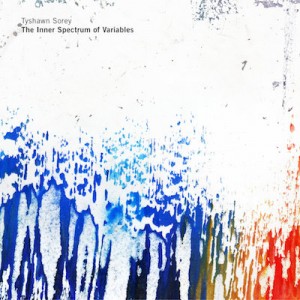 The title of drummer-composer Tyshawn Sorey’s extended two-CD set recalls the ambitiously “cosmic” appellations of albums from the 1970s. But the actual music is less easy to nail down, both in terms of influence and stylistic bent.

Loosely speaking, this is a modern classical composition, complete with string quartet, acoustic piano and percussion line-up. But Sorey has not been confined by the fences that are usually erected by creators of such works.

A mournful cello begins “Movement II,” groaning in contrast to the bright piano. It’s an introverted contemplation, but with firm strokes made by Rubin Kodheli’s bow. This brooding is edged with a sour vibrato, creating an old-school Romantic aura. The violin and viola skip and parade, preening themselves sweetly. The sound is more “respectfully retro” than ironic.

As the movement closes, its sustained high tones and periodic piano placements recall the ragged terrain of Arvo Pärt, its climax turning toward an abstraction that could have grown from free improvisation.

The second disc opens with the 15-minute “Reverie,” a high point of the work. Delicate gongs and cymbals create a restful aura, with sustained resonances and shimmering touches. The strings encroach gradually, with soft drones followed by a faint piano appearance. A spirited viola (or violin) heralds the Bartók-ian gloom of “Movement IV,” which oddly develops into a swinging gypsy-jazz section as bass and drums settle into a rolling gait.

Sorey is probing multiple musical areas, but the segues sound entirely natural. At its climax, the movement drops into free-falling abstraction, losing its swing, but gaining another kind of freedom.