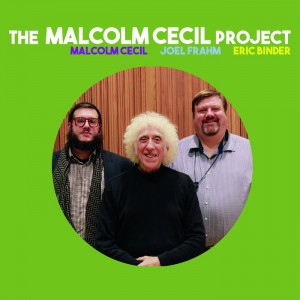 For The Malcolm Cecil Project, though, its namesake’s back-story is just as intriguing as this batch of stalwart bop standards. After inventing a unique strain of modular synthesizer that Cecil would use while working with Stevie Wonder, the multi-instrumentalist also set about engineering albums by folks like Gil Scott-Heron and writing alongside the Isley Brothers and Billy Preston. His spacey recordings with Tonto’s Expanding Head Band during the ’70s deserve plaudits of their own, as does his jazz career, which stretches back to the ’50s. Studio work has taken up much of the bassist’s time since then.

Now 81, Cecil has set about recording with a rather traditional acoustic trio. The tunes, running the gamut from Coltrane to Pettiford and Shorter, all are pristinely rendered. Saxophonist Joel Frahm makes this date seem like his own, even as Cecil and drummer Eric Binder hold down the rhythm section admirably. Frahm doesn’t offer up any overly theatrical runs here, but does enliven Thad Jones’ “Three And One,” resulting in a track that genuinely could be confused with period recordings; Cecil’s bass solo here belies his age.

Even if it’d be tough to turn the standards here into clunkers, The Malcolm Cecil Project’s eight tunes could supplant the need to reach for one of those bop-era LPs stashed away in the stacks.