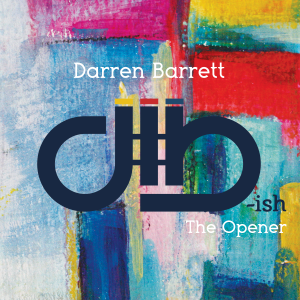 Canadian trumpeter Darren Barrett has an educational pedigree that would rival any Rhodes Scholar—earning a bachelor’s degree from Berklee College of Music, a master’s from Queens College and a diploma from the Thelonious Monk Institute of Jazz Performance. His harmonic vocabulary is encyclopedic, and his influences—the trumpeter studied under Donald Byrd and counts Miles Davis and Clifford Brown among his heroes—resonate in his own playing. More than a technically proficient player, Barrett is an artist of boundless soul and strong rhythmic drive, and though his style reveals a sturdy hard-bop backbone, he’s willing to push his musical identity toward new horizons. That’s the approach he takes on his new album, The Opener, on which he leads his eight-piece ensemble dB-ish (with guest guitarists Nir Felder and Kurt Rosenwinkel) through tunes that offer a patchwork of acoustic jazz, slick electronic samples and synthesized soundscapes. Rosenwinkel’s sly, futuristic phrasing complements Barrett’s processed trumpet sound on the leadoff title track, on which drummer Anthony Toth’s loping rhythm and Santiago Bosch’s rippling keyboard work undergird spiraling solos from the endlessly inventive frontmen. And Felder’s exploratory guitar work adds a keen modern-jazz quality to “To Conversate,” a whirlpool of a tune that gains momentum as it churns. As a composer, Barrett embraces the electronic aesthetic, injecting songs like “Throughout” with digital sound effects and robotic exclamations. “Full Tilt,” the album’s end piece, borrows imaginatively from Barrett’s Jamaican background, incorporating fragments of dancehall and dubstep before making a quick break toward swing. The tune is also an excellent showcase for Barrett’s expressive soloing, which pairs athleticism with elegance. Jazz’s future may very well sound like this.