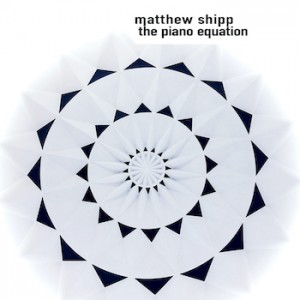 Two years have passed since Matthew Shipp’s previous solo album, Zero. That record’s title reflected his cosmic preoccupations, as well as the thought that no matter the depth of a pianist’s experience, at the moment they sit down to improvise, they begin from nothing. But Shipp is thoughtful enough to return with another solo disc informed by the opposite notion: There is a system at work in his music.

The Piano Equation could be additive, since the sum of Shipp and a piano is a sound identifiably different from the sum of any other performer and that same instrument. Maybe it’s the sum of certain musical qualities. One would be the clarity of his playing; for a guy who has spent a lot of time rumbling behind very loud saxophonists, Shipp articulates the title piece’s theme and elaborations with exquisite delicacy. Another would be the maneuverability that enables him to pivot from a Monkish groove to dense, dizzying runs on “Swing Note From Deep Space.” And one aspect of his practice that’s grown especially rewarding is his encoding complex emotional experiences in abstract musical information, as he does on the Ellington-derived fantasia “Land Of The Secrets.” It all adds up to a rewarding return to Shipp’s most irreducible musical setting.