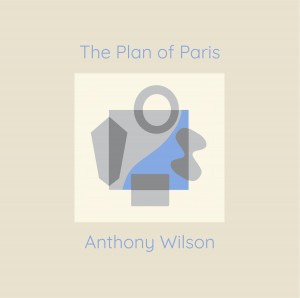 The title track of Anthony Wilson’s 13th solo album is exceptional. Not only will it encourage Paris lovers to experience that magical city again and again, it is a sharply written mini-memoir of a vexing love affair. Old-fashioned in its verbal craftsmanship, this romantic, mesmerizing tune should become a standard.

The first five tracks of the alternately satisfying and maddening The Plan Of Paris (a digital-only release) are vocals showcasing guitarist/vocalist Wilson’s easygoing delivery and Gerald Clayton’s subtle keyboards. The last three are instrumentals stressing the expertise of Wilson’s band. There’s no doubt Wilson is a pro — he’s been Diana Krall’s guitarist for more than 20 years — and the instrumentals are flawless and pleasant. But they don’t deliver on the promise of the vocal numbers.

What starts as a kind of concept album about love and loss — Van Morrison’s Astral Weeks comes to mind — reduces to technically expert, pleasant instrumentals. Still, there are satisfactions, and Wilson’s versatility, and his willingness to transcend category, give the album unusual, if not fully realized, personality.

Other highlights: “A Postmaster’s Daughter,” a vocal that shifts the scene from Paris to rural New England, is a Southern Gothic tune about divorce. The guitars are beautiful, Byrds-like. Wilson doesn’t want to let this tune go. The first instrumental, “Noontide,” showcases the empathy between Clayton and Wilson. Whether it arrives at a destination is less important than the mood it creates.