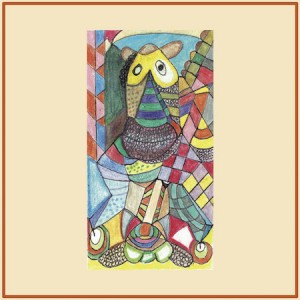 Saxophonist Roscoe Mitchell and drummer Mike Reed had gotten to know each other especially well by the time they performed together in Antwerp, Belgium, for this live recording from 2015, The Ritual And The Dance. They had been touring for a few years as a duo and pieces from another concert were released as In Pursuit Of Magic during 2014. That familiarity fuels their intense musical conversation throughout this Antwerp set. But their affinities go beyond onstage collaborations. Both musicians balance space and silence with free playing that explodes beyond expected tones and bar lines. All of these sounds are used to construct a strong sense of narrative, especially for the lengthy, single piece that constitutes this album.

The Ritual And The Dance sounds spontaneous, but none of its pivots seem random. After Mitchell begins with a few spacious upper-register notes, which Reed answers with similar minimalism, the duo continues to build and change up its dynamics. When Mitchell unleashes long lines of circular breathing, the sense of focus that he summons at such velocity—and after so many decades—is a marvel. Reed is equally sharp in his response and also provides complementary or contrasting melodic lines. Along with matching or deviating from the saxophonist’s tempo, he draws on an array of different tones. Mitchell’s sustained notes serve both as a contrast to the drummer’s speed and also a redirection of the piece’s overall ambition. A few bars of Reed’s repeated drum patterns and electronic chimes conclude The Ritual And The Dance with a jarring stop, as if signaling to everyone in the room that it is time to exhale.