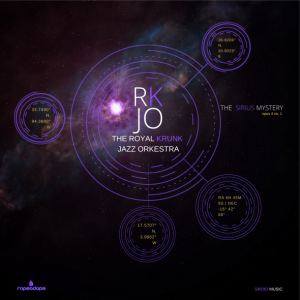 Trumpeter Russell Gunn has created a complex, grandiose and perplexing album in The Sirius Mystery as composer, arranger, orchestrator and producer, playing not a note. It’s the third of a series he began in 2018 with Get It How You Live, second in a triology started with Pyramids in 2019, and employs the collage-like orchestral concept he’s developed since his breakthrough Ethnomusicology volumes launched in 1999. Wynton Marsalis blows his butt off, unleashed and fiery, on “The Dogon,” and trumpeter Melvin Jones adds a heroic, golden solo on “The Nummo Fish.”

The Sirius Mystery isn’t clearly revealed or resolved, but it’s fun to hear.