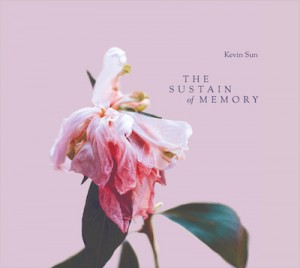 Memory renders pain as data. Later, maybe as a part of therapy, we attempt to conjure sentiment using emotional language. But at the time, we experience those events as pure feeling.

The architecture of Kevin Sun’s second album, The Sustain Of Memory, matters. (And in light of its accomplishment, using the word “architecture” here feels proportionate.) Three pieces sprawl over a two-disc set, each piece featuring a different combination of players, from trio to quintet, and distinct compositional qualities.

The first piece, “The Middle Of Tensions,” consists of a quartet playing across six parts, its labyrinthine structure evoking a definite sense of narrative, thanks in part to Sun’s novel emotional vocabulary. His jagged and sometimes skittish playing prizes unfettered harmonic exploration.

“Circle, Line,” the second piece, is for trio. Its longest section is just about three minutes, as each of the composition’s episodes retreat into a series of concepts and sketches that unfurl with stubborn linearity. Emotionally and melodically sparse, Walter Stinson’s bass adds depth and momentum to Memory’s most challenging stretch. It teeters on the cusp of tedium without ever fully succumbing. But after the flatness of “Circle, Line,” the album closes with “The Rigors Of Love,” an intense, harmonically virtuosic and compositionally complex piece. Sun delivers one of the album’s fiercest solos here.

Love, and its attendant miseries, aren’t discrete. Modern life wants to separate the two, pleasure and pain. But our physiology refuses. The temporary unity of the two was actually love’s finest accomplishment. It’s this album’s, too.