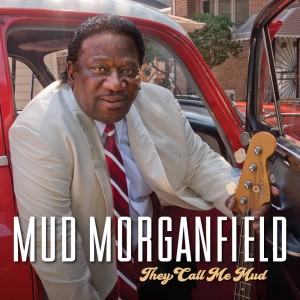 As the sons of famous musicians, artists such as Joshua Redman, Ziggy Marley, Dweezil Zappa and Mud Morganfield face some unusual professional challenges. Comparisons to their iconic fathers are inevitable, yet each of these musicians has succeeded in staking out his own artistic territory.

Due to the timbre of his muscular voice, Morganfield will never fully escape the shadow of his father—the blues titan Muddy Waters (1913-’83). But Morganfield’s new album, They Call Me Mud, reflects his evolution as an artist who simultaneously embraces his heritage and pursues his own road. There are two fine, potent Muddy Waters tracks on this album—“Howling Wolf” and “Can’t Get No Grindin’”—but those tunes aren’t as compelling as Morganfield’s original compositions, such as the funk-flavored “Who’s Fooling Who?”

The program on this terrific, 12-track album illustrates that Morganfield is much more than a gruff blues belter. “Cheatin’ Is Cheatin’” demonstrates his talents as a nuanced crooner, as well as his skills at conveying the vulnerability of a protagonist. Studebaker John contributes intricate, mesmerizing harmonica work to several tracks. The disc closes with the instrumental number “Mud’s Groove” (one of three tracks on which Morganfield plays bass), which showcases another harmonica wizard, Billy Branch. On the album’s title cut, Morganfield sings, “The blues is my birthright,” and no one could disagree.