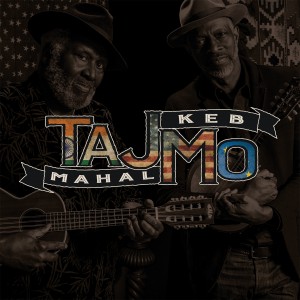 Among those producers who have struck gold with veteran artists, there are a select few who were responsible for superb, late-career revivals: Rick Rubin accomplished it with Johnny Cash, as did Joe Henry with Solomon Burke. Add to that list producer/guitarist John Leventhal’s new collaboration with 77-year-old soul titan William Bell. Leventhal (who is known for his work with his wife, Rosanne Cash) co-wrote nine songs with Bell for This Is Where I Live. The album marks a strong return for a singer-songwriter who helped put Stax on the map with his single “You Don’t Miss Your Water“ as well as Albert King’s hit “Born Under A Bad Sign,” which Bell composed with fellow Memphis native Booker T. Jones. Leventhal, who clearly understands Bell’s aesthetic, frames the singer’s still-muscular voice with stinging electric guitar lines, percolating keyboards and punchy horn charts—yet all the instrumentation is relatively spare and consistently tasteful. On this sterling program, which is void of missteps, three tracks stand out. “Poison In The Well” pairs a head-bobbing groove with fierce lyrics, resulting in yet another gem from a man who has penned a wide range of songs about the joys and sorrows of romantic love. The album’s autobiographical title track, which references Sam Cooke, expresses Bell’s deep appreciation for his roots, while also chronicling his journey from gifted teenager to global icon. Given the popularity of numerous versions of “Born Under A Bad Sign” (including Cream’s interpretation on Wheels Of Fire), Leventhal and Bell wisely chose to record a slow, stripped-down take for this disc, allowing the listener to ruminate on the fate of a man who laments, “If it wasn’t for real bad luck, I wouldn’t have no luck at all.” Fortunately, Bell has fared far better than his protagonist. This Is Where I Live will not only satisfy longtime followers, it will win Bell plenty of new fans.