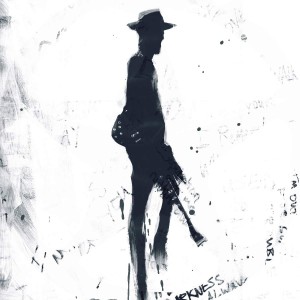 During Prince’s lifetime, some critics and fans didn’t grasp the scope of his influence. It’s possible that the stature of multi-instrumentalist Prince Rogers Nelson (1958–2016) will increase during this century, especially if his artistry is viewed as a factor that shapes the work of future generations of musicians. One spin of Gary Clark Jr.’s new album, This Land, makes it clear that Prince (along with one of his influences, Marvin Gaye) casts a long shadow. That’s evidenced not only because Clark occasionally sings in a falsetto and, in Prince-like fashion, contributes guitar, bass, keyboards, percussion and programming to the diverse album here—but also because he crafts provocative lyrics, revels in the sheer musicality of his productions, and does it all with a confident swagger that seems to say, “This is my art, and I don’t give a damn what haters might say about it.”

Casual fans might categorize Clark as a supremely gifted guitar slinger and potent blues-rock vocalist, à la another Texan to whom he has been compared: Stevie Ray Vaughan (1954–’90). Indeed, some song titles on This Land, such as “The Guitar Man,” “I Walk Alone” and “Low Down Rolling Stone,” might lead fans to think that Clark’s sixth release on Warner Bros. is a straight-up blues-rock album, but it’s far from it. This willfully eclectic disc—which opens with a searing, fury-fueled title track that addresses racism with lyrics that drop the F-bomb and the N-word and make reference to being “right in the middle of Trump country”—conveys that Clark doesn’t want to be pigeonholed in any way. On this lengthy, all-original program, Clark offers plenty of musings about interpersonal relationships, along with some commentary on the state of the world. Elements of blues, hard rock, r&b, soul, hip-hop, rockabilly, punk and other genres are part of this glorious smorgasbord of 15 songs (plus two bonus tracks). The album is rife with samples and interpolations, and Clark overdubs multiple instrumental parts on most of the tracks. The infectious “Feelin’ Like A Million” is built with reggae rhythms, the drum loops of dance-club tunes and some stinging guitar lines. “Pearl Cadillac” (which Clark performed on Saturday Night Live, generating more than 250,000 views on YouTube) has a Prince vibe, and a traditional-flavored blues tune, “Dirty Dishes Blues,” is placed at the end of the program, just before the bonus tracks.

Clark recorded most of the album in his hometown of Austin, and he recruited collaborators who also have a track record of blending genres, including percussionist and Prince collaborator Sheila E., jazz trumpeter Keyon Harrold and bassist/keyboardist Mike Elizondo (whose extensive resume includes work with Eminem, Dr. Dre, Cassandra Wilson, Ry Cooder, Ed Sheeran, Maroon 5, Muse and Mastodon). A video trailer for This Land includes this testimonial from Prince: “Gary Clark Jr. has it all.” Sure, that’s hyperbole, but it’s certainly fun to hear head-bobbing music from an artist who can draw from diverse predecessors—B.B. King, Cream, Jimi Hendrix, Curtis Mayfield, Tupac Shakur and D’Angelo—filter those influences through his own blues-soaked prism, and create a new sonic rainbow.