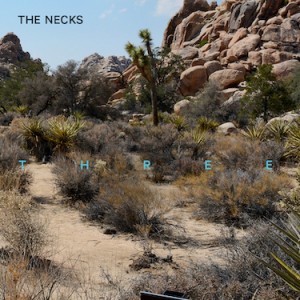 In the celebrated live performances of Australian trio The Necks, one of the group’s members will initiate things with a terse, spontaneous fragment—a melodic kernel or lick that forms the foundation for the next hour or so of high-end, meticulously scaled, ensemble-oriented improvisation. The Necks move as one, with each musician contributing morphing details to a single organism. In the studio, the band long has mixed things up, using overdubs, edits, electronics and additional instruments beyond its piano-bass-drums format to create hypnotizing atmospheres or driving grooves with countless stops in between. If there’s any single common sound in both live and studio settings, it’s the probing, ever-shifting piano arpeggios of Chris Abrahams, whose delicate articulation and endless motific variations hold the most far-flung excursions together. On a track like “Overhear,” from the band’s 2017 album Unfold, he sticks to organ, but such endeavors are rare.

His piano playing forms the backbone on each of Three’s tracks, affording bassist Lloyd Swanton and percussionist Tony Buck to explore radically different aesthetics from piece to piece. “Bloom” is a kinetic storm driven by a thick bed of clattering polyrhythms, shaped by Buck and supported by needling, tightly coiled note clusters from Swanton. Its force is relentless, but the measured piano improvisations cleave the metrical churn with an elegant, soothing airiness. The piano pattern constantly changes, both in melodic accents and cadence, so its pull can keep listeners from noticing the subtly pulsing synthesizers and weightless electric guitar tones that pile up during the 21-minute performance. “Lovelock,” on the other hand, is decidedly elegiac—created for the late Damien Lovelock, singer of the great Australian rock band Celibate Rifles. The vibe is set by ritualistic tones of bells, chimes and cymbals, guitar feedback and astringent bowed bass that together slowly rise and fall in intensity; a delicate piano line takes its time, receding into extended silence between repetitions. The ambience thickens as the piece moves on, adding piano and heaping on electronics. But the spell cast by the piece remains consistent throughout—a fragile meditation that ultimately achieves a sort of uplift through its valleys of turbulence and calm.

The final track, “Further,” builds from that ethereal optimism with Swanton’s strong, soulful bass line—which, in typical Necks fashion, is constantly tweaked, without ever losing its spiritual center. The tune’s supple groove, in 5, is padded by lush organ swells beneath the twinkling piano lines and washes of sustained electric guitar coloration. It’s all driven by Buck’s thick backbeat, enhanced as it is with further layers of hand percussion. While many Necks albums consist of a single piece, the band nonetheless sculpts a ravishing narrative with three disparate journeys that feel deeply connected to one another. While the basic formula is nothing new for the band, few of their recordings have packed such an emotional punch.