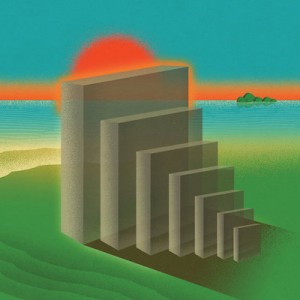 Chris Schlarb’s music definitely has a cult following, thanks to his genre-busting group, Psychic Temple. Yet, Schlarb was a guitarist who made some noise with drummer Tom Steck in the duo I Heart Lung. Schlarb tapped drummer Chad Taylor for this project in a rare and revealing return to the producer’s musical origins, as well as an homage to 1963’s Fantasias For Guitar And Banjo (Vanguard), a landmark record by guitarist/banjoist Sandy Bull with Billy Higgins.

Every song is in E, thanks to an open-tuning of Schlarb’s guitar and the dearth of chord changes allows for rhythm, space, mode and mood to be the variable elements. The pair is at their most successful on “Creedmoor,” where Taylor’s hypnotic beat is elevated by Schlarb’s impeccable strumming. On the concluding “Sassafras,” Taylor introduces a rapacious commotion. Yet Schlarb is reluctant to follow, keeping steadfast to his spiritual and tonal center, cajoling the drummer back to familiar territory before ending, leaving a full 60 seconds of silence to ponder. Hardcore jazz listeners might look for more, but those decisions are why Schlarb is far more than just a guitarist.