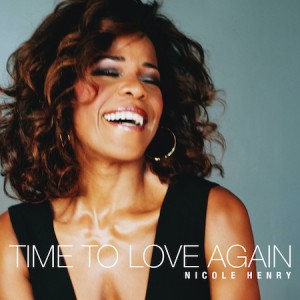 Since her debut album in 2004, Nicole Henry has earned time on the Billboard jazz charts as well as accolades in Japan and her adopted home of Miami. On her eighth outing, Time To Love Again, she offers an exuberant, joyous, immaculately executed set of ’70s-ish jazz and pop love songs that doesn’t always transcend the flavor of the artists she is covering. These include Nina Simone, Sade and Stevie Wonder. That said, those tracks do have staying power and Henry and her excellent arrangers stamp a measure of her personality on others.

Henry’s crisp, jazzy takes on James Taylor’s “Your Smiling Face” and Buffy Sainte-Marie’s “Until It’s Time For You To Go” are highlights, with the latter showcasing a bit of an ingenue rasp that recalls Karrin Allyson. Henry’s reading of Joan Armatrading’s gospel-tinged “Love And Affection” serves as an anthemic climax. “I Didn’t Know What Time It Was” comes as lightly double-clutched fusion, and Henry imparts romantic sincerity to Marvin Sewell’s creamy arrangement of “Midnight At The Oasis,” which features a dreamy Gregoire Maret harmonica solo. “Wild Is The Wind,” another Simone treasure, goes atmospheric to the edge of smooth.

So: high-end lounge set or artistic breakthrough? About 50-50, but the odds are probably in her favor to do better in the future.