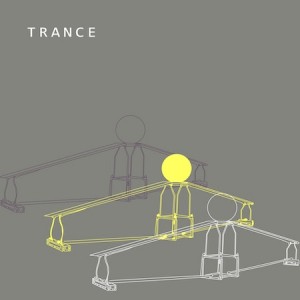 The title of guitarist Javier Subatin’s Trance is a slight misnomer. This collection of thematically interconnected “Trance” pieces all are based on short recurring phrases, while some also connect to his South American roots. For his trio, this means a wide array of improvisational possibilities. But far from conveying a trance-like or meditative vibe, the sharp movements feel energizing.

Subatin was born in Argentina and its rhythms underlie some tracks here, in particular “Trance#5,” which reflects the 6/8 Argentinian dance called the chacarera as its movements create a sense of tension within wide open spaces. Saxophonist Daniel Sousa is by turns angular and lyrical as he builds lines alongside Subatin’s vibrato, especially on “Trance#1.” While drummer Diogo Alexandre frequently takes a quiet approach, he makes his presence felt, redirecting “Trance#8” from the background. Even though “Solo#2” originated from the guitarist’s wanting to play unaccompanied, the resulting performance is another example of the group’s cohesion with Subatin and Sousa’s shifting call-and-response. Sousa’s soaring lead atop Subatin’s crashing chords during the concluding “Trance#4” provides an extroverted conclusion. The purpose of the nonsequential numbering system on Trance remains mysterious, but this riddle is one more reason why the album calls for repeated listens. Along with Subatin’s compositions, his trio interprets Duke Ellington’s “C Jam Blues,” following a similar game plan of compressing the piece into a small repeating theme. In this sparse rendition, the group still swings, but does so its own way.