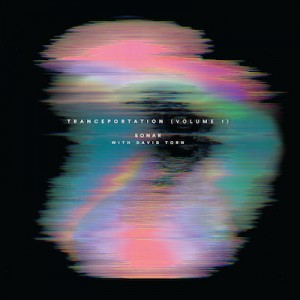 The Swiss quartet Sonar already had established a unique, high-tech art-rock sound before teaming up with experimental guitarist and electronic musician David Torn.

Sonar’s music has a lot in common with fellow Swiss native Nik Bärtsch. In fact, its debut album, and a 2017 collaboration with guitarist Markus Reuter, appeared on the keyboardist’s Ronin Rhythm label. And like Bärtsch’s group Ronin, Sonar traffics in minimal, looping riffs and precise, cell-based rhythms that build almost imperceptibly to peaks of surprising intensity. But while his music seems to be at its core a fiercely abstracted form of jazz-funk, stripping away flourishes until nothing remains but evocative chords locked to a grid, Sonar are more willing to rock out. The band often seems to be conducting a semiotic interrogation of “the riff,” with Manuel Pasquinelli’s concussive drums functioning as the element that keeps the music anchored to the floor. And Christian Kuntner’s tritone bass is a massive rumble at the core of the nearly 15-minute album opener, “Labyrinth,” a tune that at times sounds as if it could be a song by Norwegian psychedelic explorers Motorpsycho.

Torn, a longtime fan of using high technology to make disturbing noises, is out front throughout, soloing in a way that recalls Adrian Belew’s work with King Crimson, with a side of post-metal, not unlike Soundgarden’s Kim Thayil. His playing on the relatively mellow “Red Sky” is like a coil of razor wire slowly rolling out across a desert landscape at dusk.

Tranceportation—its sequel expected in May—balances structure and freedom in ways that make headbanging feel like an act of Zen discipline.