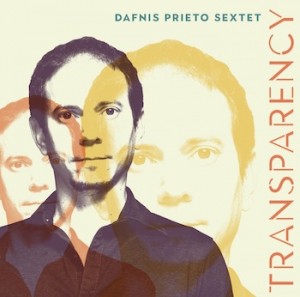 Since arriving in the States from Cuba in 1999, Dafnis Prieto has displayed a scintillating prowess behind the drum kit and a musicianship informed by a multiverse of influences, from Latin rhythms to European classical harmony, from straightahead jazz to experimental forms of improvisation. Yet, a clear identity has emerged, recognized at the highest levels and earning Prieto a Grammy for Best Latin Jazz Album in 2018 for his big band record, Back To The Sunset.

The drummer forges ahead by returning to the six-piece ensemble he’s occasionally favored. Much of Prieto’s innovative arranging remains—overlapping horn textures, undergirded by undulating piano figures and any number of clave variations in the rhythm section. And his writing continues to evolve, with a more through-
composed approach—perhaps honed by recently writing for a larger ensemble. “Feed The Lions” is a clever puzzle of motivic fragments, unlocked by liberating solos from altoist Román Filiú, trumpeter Alex Norris and pianist Alex Brown. “Cry With Me” is a cyclic, chorale-like piece, but its peaceful harmonic descent is chaotically disrupted through slashing volleys by and between tenor saxophonist Peter Apfelbaum and Prieto (who inexplicably sounds like an entire percussion section). The eight originals and one standard (a wonderfully unhurried version of Dizzy’s “Con Alma”) convey emphatic narratives and unrestrained expressiveness, fulfilling Prieto’s wish for this project to be “transparent.” In these confusing times, it’s a welcome respite to hear music that’s so passionately honest.