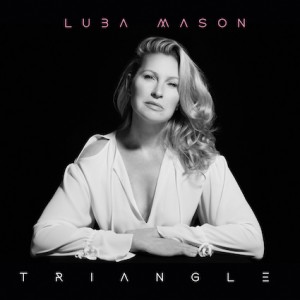 Her debut was Collage. The last album was Mixtura. This one might have been called Alchemy, because far from being merely eclectic—that weaselly word—it takes wildly various material and transforms it into something deeply personal and musically unique. How many artists could take songs by The Beatles, Paul Simon, Monk, System Of A Down, folk and Latin tunes, and make a coherent and utterly satisfying sound-picture? Mason apparently sees music as a unifying human construct, rather than a pastiche of genres and niches.

The album actually is called Triangle, of course, and the unique instrumentation (percussionist Samuel Torres is in for just three tracks) was the brainwave of producer Renato Neto, a sometime Prince collaborator with a touch for the unexpected. Vibraphonist Joe Locke is a brilliant and underrated accompanist, and along with bassist James Genus, makes “Ceresne,” a tough-tender folk line, one of the album highlights. But so, too, in a very different way, is “Toxicity,” which doesn’t have the crunch of the SOD original. Just all of its emotional power. Only a fine actor and singer could pull off such a thing. Her voice is great and left confidently plain. Mason doesn’t need acrobatics. She’s there.