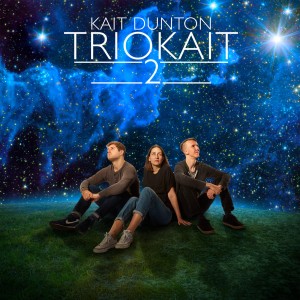 Where most recordings begin with takeoff, “Re-Entry” opens with the smoothest of landings. Such piano-centered tunes are the trio’s lifeblood, anchored by Dunton’s dynamic rhythm section. Whether igniting her art through the filter of a wah-wah-infused Rhodes on “OCD” or exploring the funkier side of her Wurlitzer on “J&J’s,” Dunton brings a Technicolor sensibility to everything she touches. Though such tracks represent her first forays into synthesizer tessellations, her comfort level is such that it’d be difficult to figure her as an exclusively acoustic musician in the past. Despite a penchant for head-nodding arrangements, Dunton conveys the value of self-reflection on tunes like “Pure Imagination” (originally a tune from Willy Wonka & The Chocolate Factory), before sending listeners flying at last in the whimsical “Thanks And Goodnight.”

This is music devoid of pretension that, despite the album’s starry cover, is decidedly earthbound in its creature comforts.