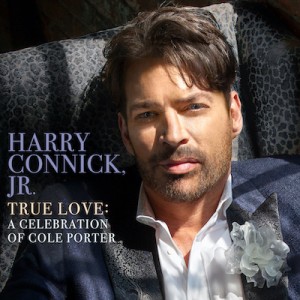 Harry Connick Jr. arrived with the great Marsalis migration from New Orleans to Columbia Records during the late ’80s. Since then he’s received noticeably less interest from the jazz press than, say, his contemporary Kurt Elling, whose wigged-out hipness is less suspect in jazz circles than Connick’s ring-a-ding-swing cool. But they’re twins in many ways. Each is a crooner. Each was born in 1967. And each, in his own way, honors a distinct retro sensibility.

On True Love: A Celebration Of Cole Porter, Connick makes his Verve debut with a brightly flavored songbook. It just might be a coincidence that Ella Fitzgerald Sings The Cole Porter Song Book originally launched Verve into the big time.

But Connick’s charts wrap Porter in a big-band punch, à la Billy May and Don Costa in Sinatra’s prime or Buddy Bregman in Ella’s songbooks; there’s appealing ingenuity in his work. “Anything Goes” skips along on some frothy saxophone writing, while the reeds have a cushiony cuddle on “Mind If I Make Love To You,” and “I Love Paris” is set off by droll counterpoint.

Connick’s fans should devour it all. A main reservation is one regarding omission: Porter is a lyricist of literary pedigree. So, it seems tactless to overlook his verses, particularly the brief but beautiful “Suntanned, windblown” on “True Love.” Or his adroit turnaround on “All Of You,” “a passing fancy or a fancy pass.” Ella didn’t make that mistake in 1956.

True Love: A Celebration Of Cole Porter: Anything Goes; I Love Paris; I Concentrate On You; All Of You; Mind If I Make Love To You; Just One Of Those Things; In The Still Of The Night; Why Can’t You Behave; Begin The Beguine; You’d Be So Nice To Come Home To; True Love; You’re Sensational; You Do Something To Me. (50:46)
Personnel: Harry Connick Jr., vocals, piano; Neal Caine, bass; Arthur Latin, drums, percussion; Mark Braud, Seneca Black, Wayne Bergeron, Rob Schaer, trumpet; Dion Tucker, Andy Martin, Alan Kaplan, Bill Reichenbach, trombone; Geoff Burke, Jerry Weldon, Dan Higgins, Bob Sheppard, Greg Huckins, saxophone; Bruce Dukov, conductor, strings.