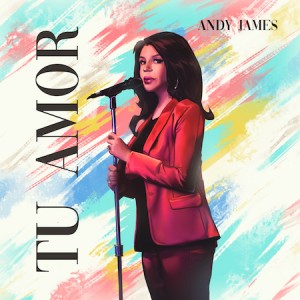 On the style continuum of singing from pop to jazz, Andy James lands firmly on the pop side, eschewing improvisation. Her smoky alto is tasteful and unflashy on her fifth album, where she features classics with a Latin tinge, from “In The Still Of The Night” to “Perfidia,” and even revives the chestnut “Papa Loves Mambo.” Her singing and repertoire suggest that her sweet spot lies in the the mid-’50s and ’60s—more Julie London than, say, Dianne Reeves.

What makes this set of more than usual interest, however, is that James has the smarts to surround her voice with a superb band organized and arranged by Grammy-winning pianist Bill Cunliffe. The album thus becomes a showcase for Cunliffe’s sophisticated section writing, creamy strings and the exceptional contributions of A-list players. Among the highlights: a turbo-charged cha-cha version of “But Not For Me” and two lovely songs by Henry Mancini, “Charade” and the rarely heard “Loss Of Love.” Oddly, for a vocal album, the real standout tracks are two instrumentals: the title tune, written by percussionist Alex Acuña, and a satisfying jam on Santana’s “Evil Ways.”