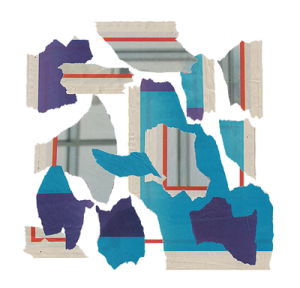 After the release of its 2013 debut, Sightline, the newly named trio TWIN TALK—bassist Katie Ernst, tenor saxophonist Dustin Laurenzi and drummer Andrew Green—was more than ready to release its sophomore album. Building upon the strong foundation from Sightline—originally attributed to the band Laurenzi/Ernst/Green—the group continues to use what the band members describe as a musical version of “twin talk” (aka cryptophasia, the phenomenon of language in which identical twins share a language that only they can understand).

On its self-titled sophomore album, TWIN TALK reaches that level of intimate communication. The interplay is similar to that on the debut, but the band changed its name for a reason—the connection shared by the three musicians on their latest disc is even more prevalent, making for a deeply personal listening experience.

The introduction to “One Foot In Front Of The Other” features a floating vocals/sax line atop minimal bass and drums, revealing just how deeply the three are listening to each other. The sense of accord demonstrates the trio’s powerful group dynamic, which they solidify throughout the track by gradually increasing intensity. It’s one thing to perform a subtle intro together, but to remain graceful and charismatic even during moments of pure frenzy is another.

“Living Room” is another powerful showcase for the band’s effortless camaraderie. In it, Ernst’s vocals and Laurenzi’s improvisations intertwine and harmonize, producing moments of stillness and peace. Underneath, a simple, arco bass line repeats as drummer Andrew Green rustles the drums with brushes, providing a momentum that drives the song forward. While playing distinct patterns—some of them starkly differentiated—the musicians continue their dialogue, reinforcing each individual’s importance to the whole.

The album is chockfull of these moments—and why wouldn’t it be? Don’t doubt for one second that the trio has achieved a level of “twin talk.” Do, however, allow yourself to revel in the exquisite music that resulted from TWIN TALK’s musical cryptophasia.