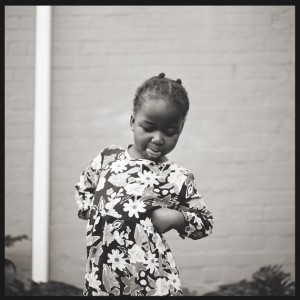 Trombonist and pianist Malcolm Jiyane has heretofore existed on the South African jazz scene as a sideman, most notably working with the Johannesburg, South African-based group Spaza, which describes itself on Bandcamp as “a band with no permanent personnel, with each lineup assembled for the express purpose of recording once-off improvised or workshopped material.” Jiyane was an integral part of its 2020 LP Uprize!

He brings that same spirit to his debut as a frontman on Umdali. And what he presents is an honest snapshot of his personal circumstances at the time of recording. In that period, several years ago, Jiyane was dealing with the death of a band member (trombonist Jonas Gwangwa), the birth of a daughter and the passing of his mentor Johnny Mekoa, founder of the Music Academy of Gauteng.

The enormous seriousness of all this definitely affects the music. Backed by bassist Ayanda Zalekile, drummer Lungile Kunene, percussionist Gontse Makhene, pianist Nkosinathi Mathunjwa, saxophonist Nhlanhla Mahlangu and trumpeters Brandon Ruiters and Tebogo Seitei, Jiyane and his assembled collective of like-minded players ruminate on the meaning of life and death to enormous effect. The songs here swell and search in a way that feels simultaneously arranged and spontaneous — it makes sense that Spaza won’t commit to saying whether its material is improvised or workshopped.

A standout is “Umkhumbi kaMA,” consistently percussive and layered with shifting sections that continually unfold an enjoyable seriousness. What Jiyane does so well throughout the album is provide his assembled contributors space for expression while making the proceedings effortlessly cohere — impressive, considering this was conceived of and recorded within two days in Johannesburg. Umdali meaningfully contributes to the ongoing, essential dialogue on what it means to improvise within the context of jazz.