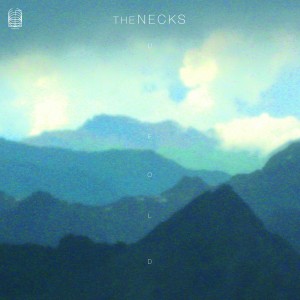 Coming up on their 30th year, the Necks adhere to certain principles. The Australian trio’s personnel never changes, nor does its fundamental method—protean improvisation on materials at hand.

In their outside musical pursuits, Chris Abrahams, Tony Buck and Lloyd Swanton maintain strong ongoing associations with jazz, rock, free improvisation and experimental music, but while these elements influence what they play, none predominate. Their essential parameters are place, person and situation; within those boundaries, they play freely, but their playing doesn’t necessarily sound like you’d expect free improvisation to sound.

Most Necks albums consist of a single performance, but on recent studio recordings the trio has augmented its improvisational approach with the resources of the studio, adding overdubbed spontaneous responses and extra instruments. Unfold was conceived from the outside as a double LP, and none of its four sides is numbered. They can be approached as a modular whole that listeners can rearrange as they see fit, or absorbed one at a time as relatively brief, concentrated doses.

On “Overhear” they achieve a layered effect, with bowed bass and rattling percussion flowing against each other like converging air streams, while the organ traces snaky melodies and prayerful trills. With its lush piano, stuttering pizzicato bass and rhythmic undertow, “Rise” uses a similar dynamic to achieve very different results. “Timepiece” forgoes melody to create a dense forest of rustling sounds. And “Blue Mountain” plays out like a debate between melody and stasis that is so absorbing it feels much shorter than its 21-minute duration, but begs for expansion.