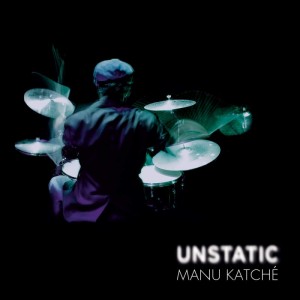 The cover art for Manu Katché’s excellent new disc is somewhat misleading. It depicts the drummer alone, thrashing away at his kit, but Unstatic is, at heart, an accomplished team effort, crafted by a cohesive ensemble. Katché takes the spotlight here not with flashy rhythm patterns but with his compositional acumen and outstanding leadership. He wrote all 11 tunes, most of which are quintet or sextet arrangements, with exemplary trombonist Nils Landgren playing on five tracks. Katché seems to have composed these songs with specific instrumentation in mind, as evidenced by the gentle, nuanced dialogs by pianist Jim Watson and saxophonist Tore Brunborg that open “Blossom” and “Daze Days.” Those two numbers illustrate Katché’s ability to create accessible material that will appeal to smooth-jazz fans and devotees of straightahead jazz. Indeed, he’s a skillful balladeer, but he’s just as accomplished as a groove merchant. The track “City” offers a hip-swaying groove with a touch of light funk, resulting in a head-bobber that’s peppered with a potent motif from trumpeter Luca Aquino. Katché is acutely sensitive to the narrative arc of this 51-minute program. He is also keenly aware of the ebb and flow of musical intensity, which he intentionally dials down at the album’s midpoint before building it back up with simmering flare on the eighth track, “Ride Me Up.” On the album’s final track, Katché offers a charming, spoken-word introduction of his bandmates. The French drummer has won tremendous respect as a sideman for Sting, Peter Gabriel and Joni Mitchell, but with Unstatic, Katché shows that a generosity of spirit can help a fine accompanist become a great leader.