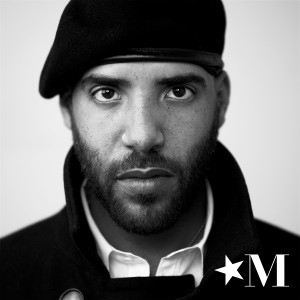 Miles Mosley can coax more sounds out of his upright bass than the average Joe with a tool- box full of gadgets can produce on electric guitar. Just take a peek at the 2008 YouTube video of Mosley playing “Voodoo Child” using only a bow, a wah-wah pedal, feedback and amazing sleight-of-hand to conjure Jimi Hendrix.

So you might expect that his new album Uprising would be a nonstop testament to his virtuosity. But the instrumental talent that has placed him atop many critics polls and even led to his own line of basses and related gear plays second fiddle (bass fiddle?) to his prowess as a composer, vocalist and bandleader.

Mosley and saxophonist Kamasi Washington are co-founders of the West Coast Get Down, a collective of South Los Angeles-born musicians who grew up on hip-hop as much as bebop.

Mosley’s lyrics are anthemic, socially conscious exhortations that avoid the banal. “Heartbreaking Efforts Of Others” acknowledges the contradictions between good intentions and effecting positive change. At his most self-confident on “Sky High,” he proclaims, “I’m as good as I’ll ever get.”

But the most impressive tracks—the funkified, Prince-like opener “Young Lion” and the closing “Fire”—seem to reference each other as matching bookends. It’s that solid.