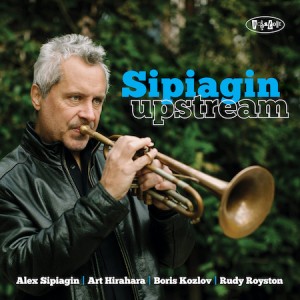 A seasoned vet who has been on the scene for 30 years since moving to New York from Russia, Alex Sipiagin distinguished himself as lead trumpeter in such large ensembles as the Mingus Big Band, Dave Holland Big Band and Michael Brecker’s Quindectet as well as with the all-star quintet Opus 5.

His 18th album as a leader, and first for Posi-Tone, finds him fronting a crackling quartet of pianist Art Hirahara, bassist Boris Kozlov and drummer Rudy Royston. The leader’s fluency and bravura high-note displays throughout are breathtaking as his stellar sidemen push him to some dizzying heights on this excellent outing.

They come out of the gate flying on the trumpeter’s “Call,” which has Sipiagin and Hirahara in tight on the challenging head before the quartet leaps into serious uptempo swing mode, paced by Kozlov’s surging bass and Royston’s whirlwind attack. Sipiagin’s laser-sharp execution and harmonic daring on this intense opener and also on the bristling “Sight” are clearly inspired by his personal hero, trumpeter Woody Shaw.

Hirahara’s mellow “Echo Canyon” and the leader’s “Rain” both showcase Sipiagin’s more lyrical side on flugelhorn, then he conjures electric Miles Davis with some muted work on Kozlov’s open-ended “Magic Square,” which also has Hirahara shifting to Fender Rhodes. Royston unleashes on an extended solo over the last two minutes of this dynamic number.

On the other end of the dynamic spectrum, they luxuriate in Wayne Shorter’s beautiful ballad “Miyako.”