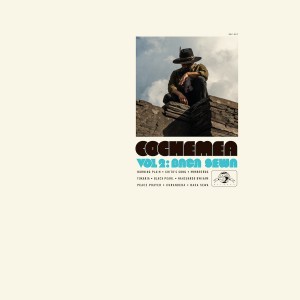 Picking up where Cochemea’s debut album, All My Relations, left off, Vol. II: Baca Sewa is a further melding of electric saxophone wails and echo-heavy percussive grooves. Specters of such psychedelic players as Eddie Harris hang like incense smoke throughout. Standout tracks include “Burning Plain,” “Curandera” and “Mimbreños.”

Some songs in the set feel like a welcome breeze on an August afternoon, and others lend themselves to taking a cruise in a two-tone brown Eldorado Biarritz. “Chito’s Song” is one of those jams. Cochemea’s chameleonic talent is in his ability to toggle back and forth effortlessly between spiritual notions and stone-cold grooves. Consequently, Baca Sewa is the rare album that services both carnal and mystical sensibilities with ease.