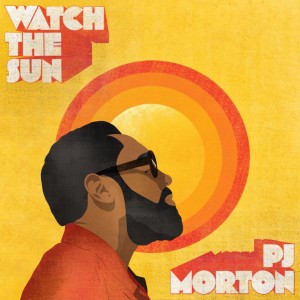 Armed with magic and mastery, PJ Morton has fashioned a collection of tracks for our time that is forward-leaning while still capturing the Cognac-richness of crème de la crème of vintage soul music. A child of two New Orleans ministers, Morton’s career began in the church, and though his songs are primarily secular in nature now, Watch The Sun is bursting with evidence of PJ’s continued ministry: delivering messages rooted in positivity and perseverance on tracks like the gospel cut “The Better Benediction.” The singer also implores listeners with the Buddhism truism popularized by Bruce Lee to “Be Like Water” (on the track of the same name) in the face of adversity.

On Watch The Sun, PJ assembles a veritable who’s who of featured artists (both young and seasoned) including Jill Scott, the incomparable Stevie Wonder (whose profound influence runs deeply through Morton’s work), El DeBarge, JoJo and Alex Isley, all to great effect. Scott’s restless spoken-word exhortation at the top of “Still Believe” perfectly complements Isley’s wistful refrain. “So Lonely,” which successfully melds the schoolyard chant of “rain, rain go away” with a laidback second line-ready habanero groove proves to be the perfect centerpiece for D.C.-bred rapper Wale’s outstanding bars. “On My Way” features El DeBarge, who delivers a stunning take alongside Morton.

This album highlights the fact that while PJ is a virtuosic songwriter and vocalist, he’s also a sensational producer who knows how best to showcase the talent of others. PJ Morton is particularly well-suited to make music engineered to be a balm for the mind, heart and spirit.