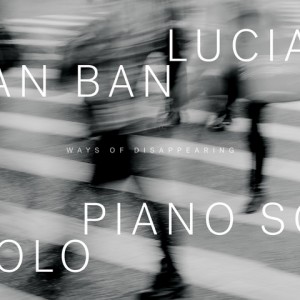 A century ago, Béla Bartók was traveling through England and Wales with a fellow composer who preferred to go under the name Peter Warlock. The Englishman was fascinated by Bartók’s heroically patient fieldwork in traditional Eastern European folk music. It’s a body of research that offered modernism an alternative to the 12-tone route and its influence is felt to this day: nowhere more so than in the music of Lucian Ban, among whose previous records was a set of trio improvisations with John Surman and Mat Maneri based on the Bartók field recordings.

The influence is still evident on this solo album, produced by Maneri and recorded on a grand-toned Bösendorfer in the Baroque Hall in Timisoara, in the heart of Ban’s native Transylvania. The more explicit influence this time is arguably Carla Bley and to a less definable degree Annette Peacock, who are represented by coolly daring interpretations of “Ida Lupino” and “Albert’s Love Theme,” respectively.

Effortlessly eclectic and encyclopedic in his knowledge of most jazz forms from classic to free, Harlem stride to Tristano, Ban creates the impression that each track could be the threshold to a different album, but the whole coheres around his most personal and exposed improvisation yet, with “Cristina’s Hope” at the end (she is the dedicatee of the whole) as raptly self-transcending as anything Bill Evans ever committed to record. An astonishing stylist with a near-perfect instinct for dynamics and effective pedaling, Ban is now unquestionably in the major league of contemporary pianists. In his day, and this is one of them, there’s hardly anyone to match him.