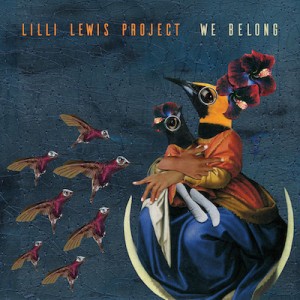 Pianist/vocalist Lilli Lewis and her group have an amiability to their sound that can’t be denied. And We Belong is a well-crafted work that just refuses to come off as overly precious.

While bounding about in a meshing of genres where Lewis’ soulful, r&b-tinged vocals meet impressive arrangements on a panoply of songs, her New Orleans-bred chameleonic dexterity gets brought to the fore. Moving from the afrobeat of “Interlock” to the gospel dirge of “Coretta’s Song” and then the straight-up blues of “Anybody Anymore” all feel like natural turns. “Warm And Gentle People” is a particularly ambitious song, more epic in scale than the other selections here—more narrative and jazzlike in form than the somewhat conventional r&b-influenced tunes.

For a debut album, We Belong is a substantive articulation of the Lilli Lewis Project’s voice. But it also lacks a cohesiveness that veteran ensembles so effortlessly display, despite the recording affably reflecting the soundworld of that multimodal music city down in Louisiana.